Yes you read it right, Rolling Stoned - at least part of it - coming next week from the tropical island of Jamaica! We do live coverage of a unique breeding course so expect Jamaican Bud Babes, Jamaican how to stories, visit a ganja farm and much more.

After a long flight and a decent ride to Hotbox Jamaica where the culture course - A week of higher education - is given cannabis by Canadian Matt Mernagh, I was welcomed warmly yesterday. Of course to good use Jamaican mountains with some weed, yeah man!
The person behind Hotbox Jamaica Abi Roach, an operator of a so-called Canadian vapor lounge, which say the Canadian version of our coffee shop. But now lives Abi so most of the year between the Rastafarians in Jamaica Hotbox. And with that she passed the phenomenon of vapor lounge to Jamaica. 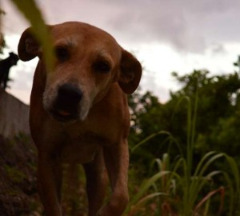 After the flight I had provided a massive jet but that disappeared like snow in the sun by the inspiring stories, the ganja, and truly fabulous nature here! Because it is beautiful people everywhere you look grows ripe fruit and otherwise there are marijuana plants. Philip, the chef of hotbox provided a refreshing iced tea weed-entry and I get a tour of the magnificent building.
Our weed is stronger but here you can taste the Jamaican sun in it, especially if you ganja chalice arrested there!

Cannabis is in Jamaica for two months now officially legal for religious, therapeutic and medicinal use, but in practice it does not make much difference because the people here take cannabis freedom itself. They do not have much mar plant their own medicine and thereby let nature do most of the work. The Rastas all want to know from me whether their ganja can compete with the Dutch in weed, but it's just not comparable. Our weed is stronger but here you can taste the Jamaican sun in it, especially if you ganja chalice arrested there!

After quick the environment have been explored 4:20 so time to sit down with Matt and the others to socialize over Jamaica, cannabis and cannabis different cultures where we come from. This week is super-irie as I understand soon! After a while a pipe on the table that looks like a bong made out of a coconut, but is actually a great vaporizer! You have to try it to know it because when you see him you do not believe these ganja chalice evaporator works so incredibly well. Even so well for me that he can compete with my Herborizer.
The Jamaicans might not wealthy, but they know how to reap the fruits of the land. The weed, bananas, papayas and their homemade evaporator nota bene! I'm going to make this week a self-ganja Challice and will naturally rich in Rolling Stoned defeat how it is, and from what I've seen, you can make it too easy evaporator itself in the Netherlands. 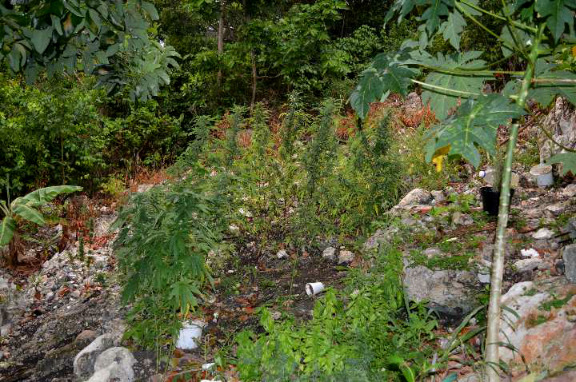 I get lots of energy from the good vibe that hangs here, but at the same time because I got a whopper of a jetlag after two long flights I look at eleven o'clock at night still in my bed. This is a great week, Tuesday more ...

Our Bud & Breakfast is your 420 home away from home.
Contact Us
Links
HOTBOX CAFE
ROACH-O-RAMA
SPLIFF MAG
Images